Audio Scrubbing a score in Music Jotter is the process in which the user left clicks on the playbar, and drags it across the score either forwards or backwards. The music will then play alongside with the cursor at the speed at which the user drags the playbar. 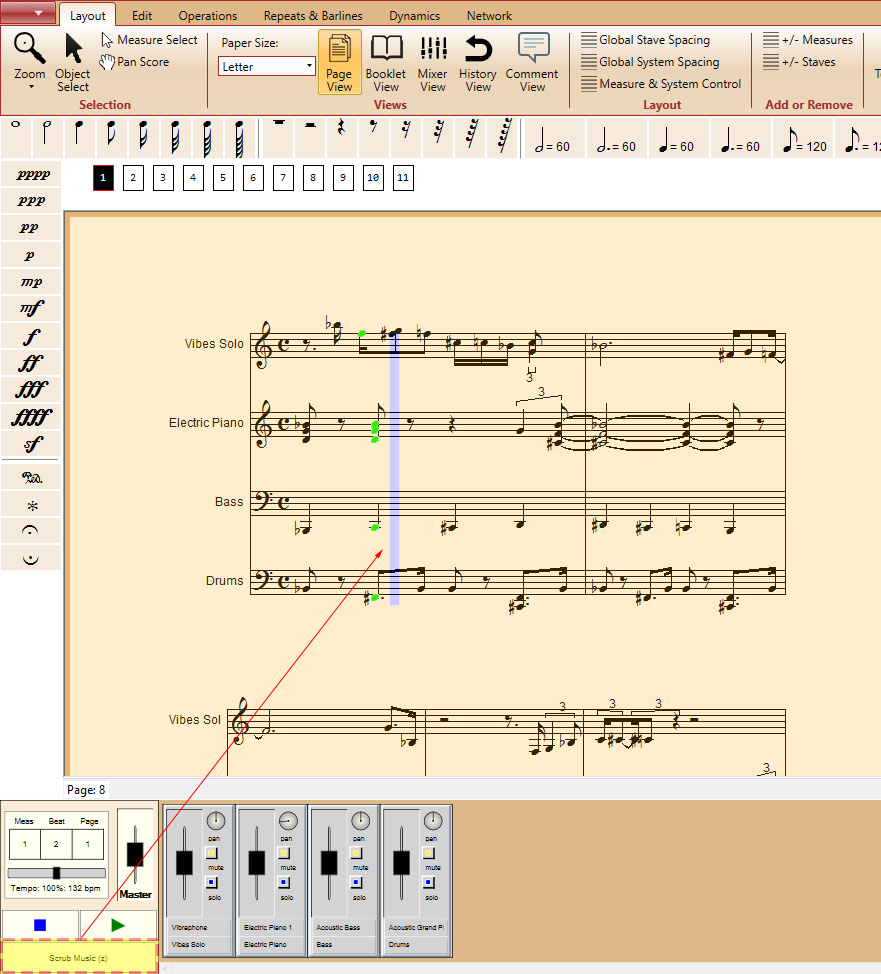 You can toggle the audio scrubbing mode either through its shortcut Z, or by clicking on the Mixer View on the Layout tab as shown below:

The layout tab responsible for your score layout.