Some Weird Music Mixing Term & What They Mean

Some Weird Music Mixing Term & What They Mean

When it comes to conversations about mixing music, engineers can get pretty pumped up. It’s difficult as it is to describe your sound, but throw in some technical jargon into the mix and it can get utterly frustrating to talk about your musical tracks. If you’re new to mixing music, you’ll probably have no idea what an engineer is saying when he tells you, “you want your kick to be fat, but make sure it doesn’t get boomy”.

To help you understand the technical jargon engineers use to describe the sound of tracks, we’ll go over some of the ‘weirder’ music mixing terms, their meanings, and how to handle the aspects of your mix they’re referring to.

When the sound of a track is “boomy”, it means that there’s too much low frequency energy (bass) that’s causing prolonged sustain effects on the speakers. There’s a limit to the amount of low end speakers can accurately reproduce. If there’s too much bass for the speakers to handle, it’ll cause undesirable ripple effects that’ll permeate the entire frequency spectrum. 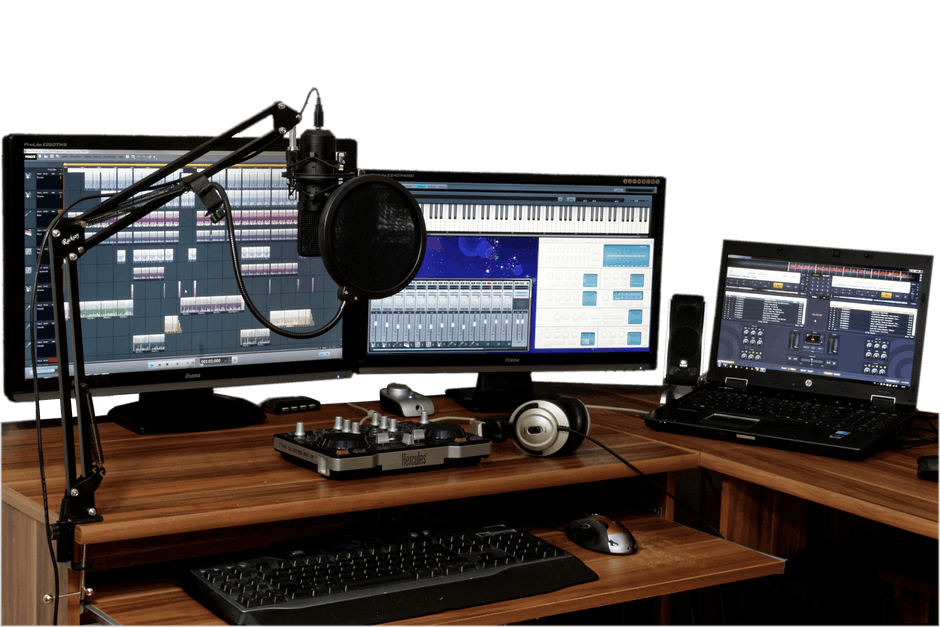 A “Muddy” track is when there’s no clarity or separation in the sounds of different instruments and they start clashing with each other. This happens when the low-mid range of the track is crammed with too many competing elements. Most beginner sound engineers find the low-midrange region to be the most challenging one.

“Boxy” generally means a sound that is crammed with mid range frequencies and has too little highs and lows. A boxy mix will lack details and will sound flat to the listener. You’ll notice a significant difference when you compare it to a professionally-produced recording.

In order to avoid a boxy mix, refrain from over-boosting the mids and make sure that the extremities of the frequency spectrum aren’t neglected.

Music Jotter is online music composition software that’s loved by amateur and professional composers alike. Our software includes a fully functional mixer that has all the features you need to create a perfect mix. Download our demo version for absolutely free!