Here’s a breakdown of some of the main processes involved in making music on the computer:

Initially, musical compositions boasted just a single instrument. This instrument (usually the piano) was used to make a melody. With the melody done, other instruments were used to add more complexity and flavor to the track. Each musical instrument had its own “track” that complemented the key instrument.

When writing a composition, musicians will test various beats, tempos, and tracks until they get it right. It’s a lengthy process that involves playing the song over and over again and tweaking it little by little.

With a DAW or a music notation software program, this part of making music has been simplified. The different tracks of each instrument can be seen on the interface, allowing the musician to arrange and layer it as they wish. It’s easy to cut, copy, paste, and loop various sections.

Complicated processes like switching up the tempo, transposing the key, and changing the melody and the lead can all be done in a matter of minutes on a single interface. The software will also let you seamlessly merge digital and natural instruments (something you wouldn’t get by making music the traditional way). 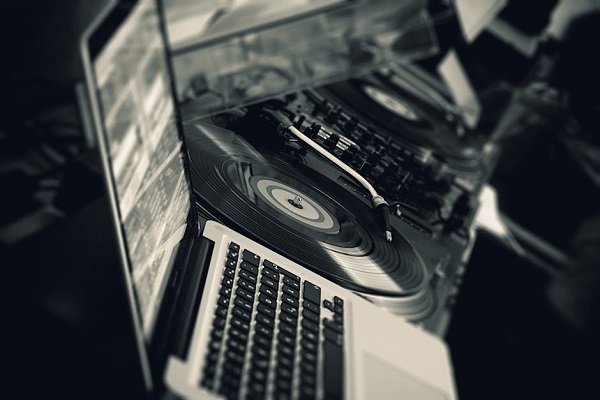 In order to properly mix a song, each track will have to be rehashed using mixing equipment such as fixers, compressors, filters, faders and digital EQs.

Mixing is a complex process and you will need to give yourself sometime to get the hang of it. There are many online courses and tutorials you can use to help you get started.

Now we get to the fun part – the effects! Most software will let you add digital sounds and effects to make your piece more impactful. These consist of reverb, chorus, delay, compression, distortion and plenty of other effects.

Rookie musicians have a tendency of going a little crazy with the effects so remember to use them in moderation!

You’ll find that making music online can be incredibly addictive. The process may seem tricky but once you get started, it will all start making sense.

Music Jotter’s music notation software simplifies the process of making music on the computer by offering users a user-friendly interface. The software also comes with a user-manual that guides you through the many features of the interface. Download the demo to get a closer look and place your order online!