How Music Has Evolved Over the Decades

Home/Blog/How Music Has Evolved Over the Decades
Previous Next

How Music Has Evolved Over the Decades

Music never stays the same. Over the last 70 years music has transformed tremendously. Mainstream music is now an amalgamation of different genres, cultural influences and new instruments. There is a clear shift in the sound, the tempo and technique used to create music.

Here are a few ways music has evolved over the decades: 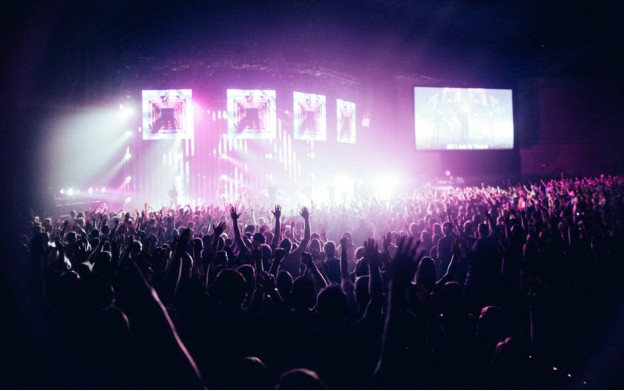 Raves didn’t exist 2-3 decades back. Sure, Rock concerts did involve head banging and mosh-pits but generally the energy level for most songs was fairly moderate compared to that of today’s songs.

Research revealed that the tempo of pop music has increased steadily since the advent of Rock&Roll.

Today, the art of making music is more mechanized. Music is made using digital platforms that have libraries containing sounds of numerous instruments. These ‘instruments’ are then used to make songs. Within a few hours, you can create a song using just your laptop.

3) It Has More Defined Beats

Thanks to music software, we now have drum machines and repetitive click tracks. In the past, the beat as usually provided by the drummers therefore wasn’t as consistent and clear it is today.

The majority of music uses a combination of organic and mechanical elements.

What exactly is bouncy music? Think of old school Reggae songs, didn’t they have a smooth bounce to them? This ‘bounce’ isn’t so common in music anymore.

5) There Aren’t As Many Acoustic Instruments Involved

Apart from the country music scene and Ed Sheeran’s heart-warming hits, acoustic sounds in music have been on a decline. There isn’t much room for the calming sounds of acoustic instruments in a world of loud, fist pumping, electronic music.

There was a place for loud, fast-paced music, it was usually saved for fitness tracks for people to exercise on. Nowadays most music is loud.

With the being said, traditional sounds are still appreciated. Musicians still see the value of being classically trained and being able to play musical instruments.

Whether you’re a professional or a beginner, everyone can benefit from Music Jotter’s music notation software. Our software comes with the features of more complex software but has a user-friendly interface that can be used by anyone who’s eager to create their own music.

To make the process even simpler, our music notation software is accompanied with instruction manual that provides in-depth detail of all the features and how they can be used to develop sophisticated pieces of music.

Check out our free demo and download our software today to get started with your own music!