Home/Blog/Careers in Music Composition
Previous Next

In the nineteenth century, music composers  were the rock stars of their era. They used to travel the world and their concerts attracted hundreds of thousands of people. Names such as Wolfgang Amadeus Mozart and Ludwig Van Beethoven spring to mind.

However, this is the 21st century. The opportunities of fame and fortune for composers are not what they used to be. But you can still be a successful music composer in today’s world if you have the passion, talent and versatility to create sound recordings. Furthermore, you will also need to have an extensive historical and current knowledge of the music industry and the ability to play multiple musical instruments.

Fortunately, music notation software such as Music Jotter has made the lives of composers much easier, amateurs and professionals alike. Writing music and creating scores is not the tedious process it once was thanks to features such as playback and mixers.

Let’s take a look at some of the career options available for professional composers. 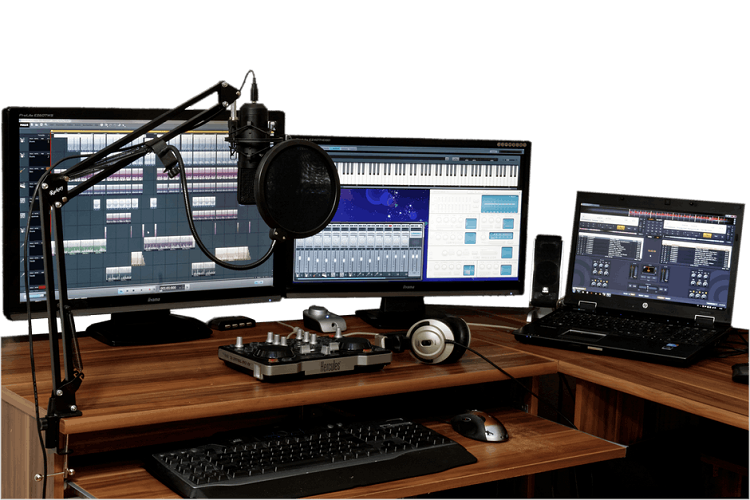 Being a film composer is probably your best shot if you are looking to become famous. Modern film composers are often called the ‘classical composers of the modern era’. Ever heard of Hans Zimmer or James Horner? You probably have, as these are the names of two living legends in the film industry. Their works include worldwide blockbusters such as “Titanic” and “Interstellar”.

A film composer’s job is to compose music that helps tell the story in a film without distracting the viewer. Successful film composers create soundtracks that convey the appropriate mood and tone of the project. It requires originality, great collaborative skills and sharp intuition to be a successful film composer. Zack Hemsey is one of the big names that are relatively new in the industry.

The turn of the millennium saw a meteoric rise in the gaming industry. Games like Call of Duty and the Grand Theft Auto series have raked in BILLIONS of dollars. In fact, Grand Theft Auto 5 became the highest grossing entertainment release ever soon after its release in 2013. It’s easier to break into this industry compared to the film industry because it’s not quite as old. Composing for games has some similarities with composing for films but there are some vast differences too. Games are generally much less linear than films and usually loop.

Music libraries are a good career choice for composers who have just started their professional journey. In fact, it really works for some composers and they are making good money. The key here is quantity. You want to compose as much as you possibly can. However, your success relies on your ability to use software and programs to get a good sound from your samples.

Starting your journey as a professional composer? Music Jotter is music composition software designed to make your life easier! Download the free trial version to see for yourself!